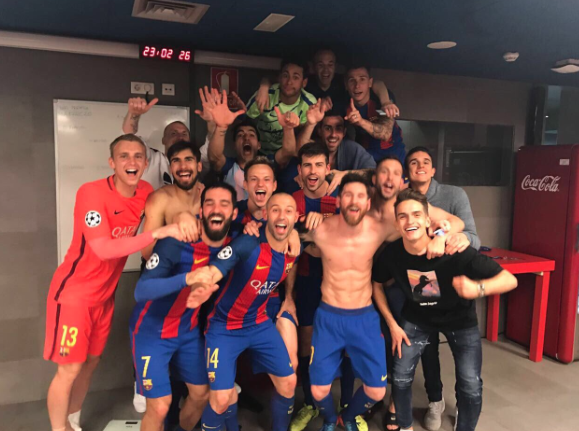 Barcelona pulled off the greatest Champions League comeback ever to knock PSG out of the competition 6-5 on aggregate.

Barca lost the first leg 4-0 in Paris but remarkably managed to turn things round and win the second tie 6-1.

The reigning La Liga champions scored the first three goals but Edison Cavani looked to have extinguished all hopes of a comeback after finding the back of the net on 62 minutes.

Barcelona dug deep and managed to scored three times following the introduction of Arda Turan on 65 minutes for Iniesta in what ended up being the most absurd of comebacks.

Turan tweeted that the tie was not over following the PSG clash.

After that comeback we can probably forgive him for taking a post-match selfie as well.