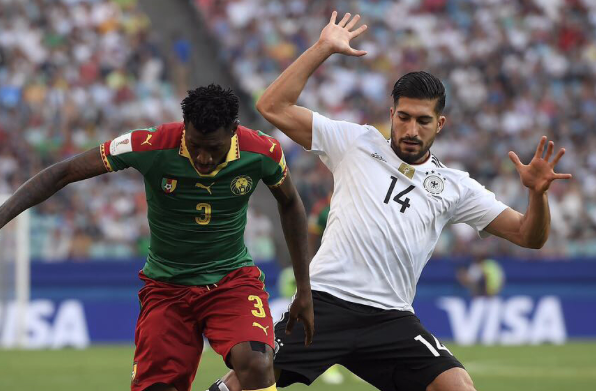 Germany reached the Confederations Cup semi-final after beating Cameroon 3-1 in their final Group B game.

The 23-year-old was a doubt heading into the game after picking up a minor knock but was given the all clear to start.

See More: ‘Emre Is A Tank… Sign Him Up Asap’ – Liverpool Fans React To Emre Can Display Against Cameroon On Social Media

Can shared a photograph from the match on Instagram and ticked off the the word semi final in his caption.

The Reds star will play his first Confederations Cup semi-final.

Germany have never actually won the tournament before.