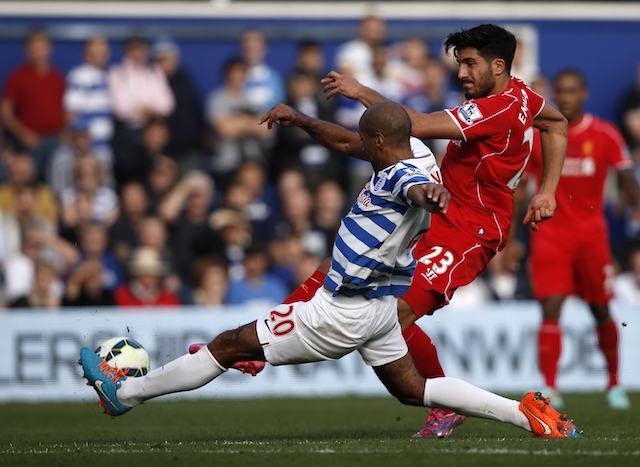 Germany beat Cameroon 3-1 in their final Confederations Cup Group B game in Russia.

Liverpool midfielder Emre Can was a doubt heading into the clash as he picked up a minor injury during training.

The 23-year-old did end up starting for Germany and put on another impressive display in central midfield.

The central midfielder of Turkish origin has now started Germany’s last two games in the tournament.

This was probably our favourite tweet of the day.

Hes a starter for a second string germany.

Well done to Emre Can #ynwa

Emre Can has been brilliant for Germany in that advanced midfield position esp going forward, but he needs to track runners back more often

Not everyone got too carried away. After all this is not exactly Germany’s first team.

Hes a starter for a second string germany.

Starting for the Germans B side. Haha. Good player but calm down

The big question was why Can still has not renewed his contract.

The midfielder of Turkish origin has just over 12 months remaining on his current deal but has yet to sign an extension.

Emre Can deserves the new contract only for this. pic.twitter.com/nEIQBkApww

Looks totally at home in this German side. We should have him tied in to a long term contract especially after last sessions heroics.

Well Juve’s interest is a rumour for now. He is not going anywhere at this point.

Not everyone is on board in regards to offering Can a new contract.

If he doesnt see that Klopp is the best possible manager for him then he has no functioning brain and should be sold for being dumb.

Well that is an interesting fact.

Only player in Confed Cup from either Germany or Mexico from their 2011 U17 WC semis match is Emre Can. Youth dev is unpredictable.

This one is for the real fans.

How is Emre Can even real??? pic.twitter.com/RfAEF6w9P1