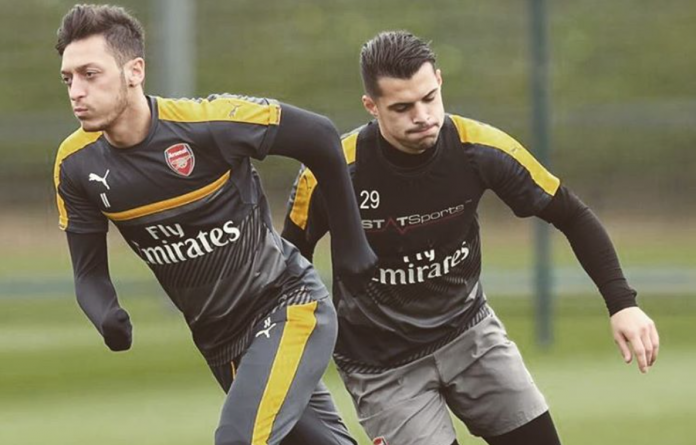 Xhaka suffered an ankle injury which forced him off in last weekend’s defeat to North London rivals Tottenham.

Arsenal boss Arsene Wenger said that Xhaka was out injured in his pre-match press conference: “Granit Xhaka is still out. (Shkodran) Mustafi is back in normal training, that’s basically it.”

Despite being ruled out with injury two days ago, Xhaka was back in training today.

Germany international of Turkish origin Mesut Ozil shared a training ground picture of himself on Instagram training alongside Xhaka.