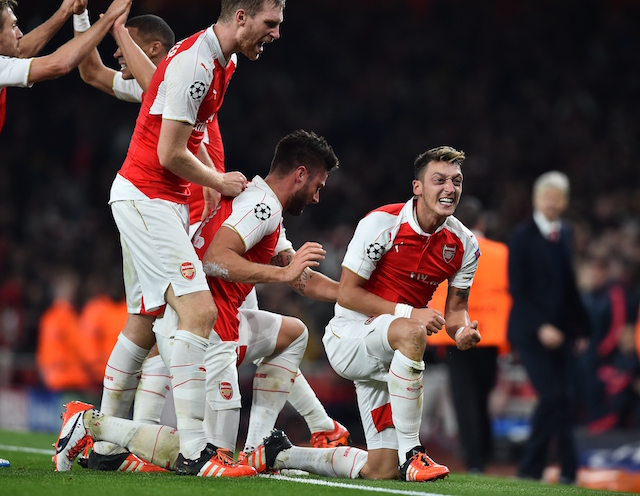 Mesut Ozil took to social media to with his Arsenal teammate and friend Mathieu Flamini a happy 32nd birthday.

The Germany international posted a picture of himself alongside Flamini with the caption, “My best wishes to my Bro, Mathieu!!! 🚀👏🎉🎈 See you later, my friend!”

My best wishes to my Bro, Mathieu!!! ???? See you later, my friend! ??? #HappyBirthday #FelizCumpleaños #Flamini pic.twitter.com/DGdY865HNq

Ozil has a close relationship with Flamini. In-fact Theo Walcott previously described the special bond the two players have as being ‘Flamzil’ and went as far to say: “They go to the gym together, have massaged together I wouldn’t be surprised if they even share a house together.”

The 27-year-old posted five pictures on his Instagram account posing with the Frenchman on his Instagram in the month of April alone and Flamini has also admitted having a special relationship with the World Cup winner.

Ozil has created a total of chances this season (115) and has 18 assists to his name. The Germany international is just two assists off matching the Premier League record of 20 set by Thierry Henry.