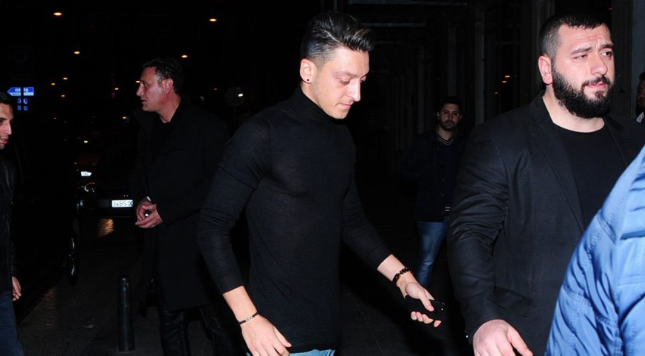 Arsenal missed out on a top-four spot despite beating Everton 3-1 at the Emirates on the final Premier League game of the season.

The Gunners needed either Liverpool or Manchester City to drop points but both sides ended up beating Middlesbrough and Watford, respectively.

Ozil ended the season with 12 goals and 14 assists in all competitions this season.

What a creative description.

Ozil doesn’t only create art on the pitch, he’s a work of art by himself. Picasso on the ball and Mona Lisa with the ball ??

You have to feel for Ozil at times, for the amount of goal scoring chances he creates he should actually have a lot more assists to his name.

Nah I’m genuinely angry do you know how annoying it is seeing Ozil wasted playing with these retards pic.twitter.com/5tGa76u0bW

Ozil generally received a lot of praise for his display.

Small positives; Ozil has been ridiculously good these past 2 weeks. Xhaka likewise. Even Ramsey is getting into form.

Mesut Özil has scored or assisted 25 goals (12 goals, 13 assists) in all competitions for Arsenal this season.

Is Ozil staying or going? seem like Alexis Sanchez is on his way…

Ozil about to tweet “Ya Europa Ya” whilst Alexis packing his bags outta Emirates.

Ozil has just over 12 months remaining on his contract but has yet to decide whether he will be extending his deal or leaving over the summer.

When you realise Sanchez & Ozil won’t be at the club for much longer… pic.twitter.com/mMhhm9iR06

Just let that sink in.

Think Ozil will leave tbh. if he stays he will have gone 5 years without playing a single UCL quarter-final.

Could it be a case of nobody wanting to pay what Ozil and Sanchez are demanding?

Is it too soon for these kind of jokes?

Hi, my name is Ozil. How can i ASSIST you… in the Europa League?