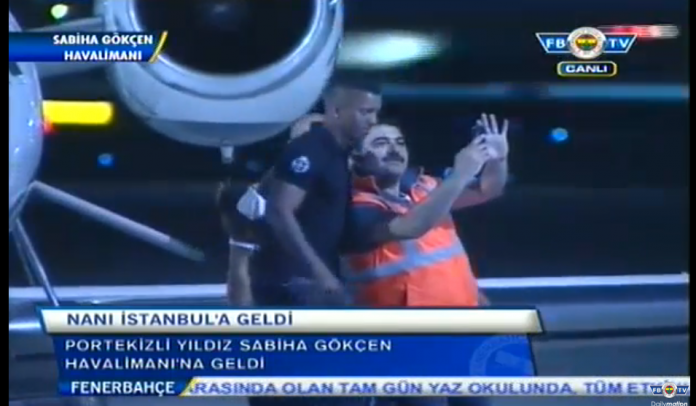 Manchester United winger Nani has landed at the Sabiha Gökçen airport in Istanbul ahead of completing his move to Fenerbahçe.

Fenerbahçe shared an Instagram picture of Nani boarding a private jet ahead of his trip to Istanbul earlier. 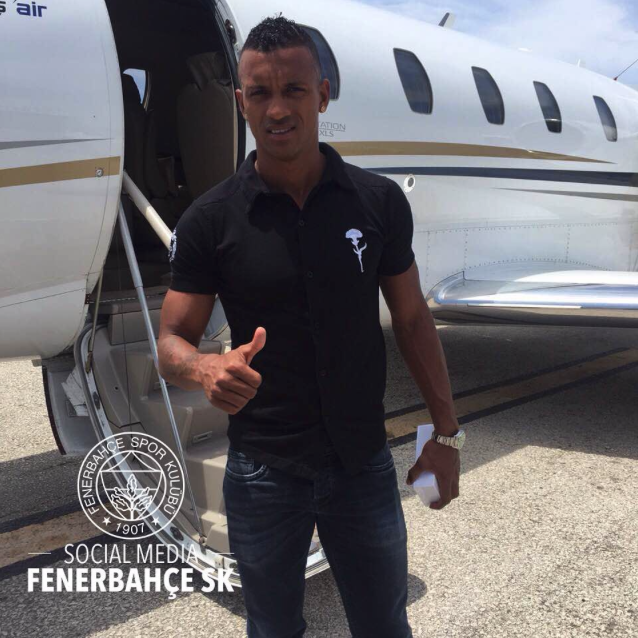 Large crowds of Fenerbahçe supporters have gathered at the airport to greet the Portuguese international. Nani will undergo a medical before signing for the Yellow Canaries on a four-year deal.

The 28-year-old winger is expected to sign a four-year deal worth €3.975 million, according to a close Turkish-football.com source.

Fenerbahçe are also in talks with the Portuguese international’s United teammate Robin van Persie and have agreed personal terms.

The four-times Premier League champion will also become the third Portuguese international at the Yellow Canaries alongside Bruno Alves and Raul Meireles.