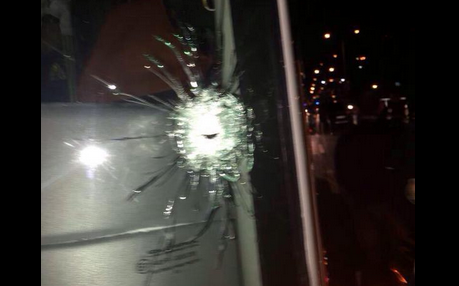 Trabzon governor Abdil Celil Öz has confirmed that the latest reports suggest a shotgun was used in the attack on the Fenerbahçe team bus.

“The ammunition found suggests that a shotgun was used,” Öz told AA.

The Fenerbahçe team were headed to Trabzon airport to take their flight back to Istanbul following the 5-1 win against Çaykur Rizespor when the incident occurred.

The team bus was attacked along the Sürmene-Araklı Highway by a vehicle travelling on the other side of the road heading in the opposite direction.

The attack almost resulted in the bus crashing into the sea at high speed however, Fenerbahçe chief of security Serdar Kılıç managed to hit the breaks preventing a disaster.

The driver was wounded and rushed to hospital after the shooting however, the team and staff were not harmed.

The assailant is currently on the run and a police search is ongoing.