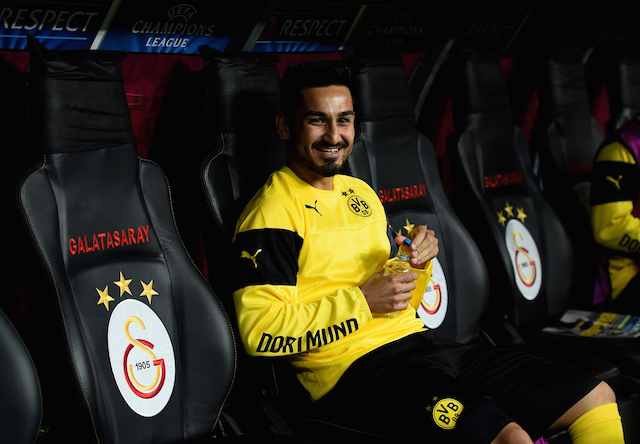 The report states that the Premier League giants are in talks with the 25-year-old’s representatives and look to have beaten Juventus and Barcelona  in the race.

The Citizens have already agreed a to appoint Pep Guardiola in place of Manuel Pellegrini next season and are expected to strengthen heavily over the summer transfer window.

Manchester United and Liverpool are also in hunt hunt for Gundogan according to the Metro. The in-demand midfielder played under the Red’s boss Jurgen Klopp at Dortmund.

Gundogan was heavily linked with a move away from Dortmund last summer but instead signed a one-year extension. The Germany international’s current deal expires in July 2017.

The 25-year-old has six assists and three goals in 32 appearances for Dortmund this season.

Gundogan career began at Nuremberg before moving to Dortmund for £4m in 2011.