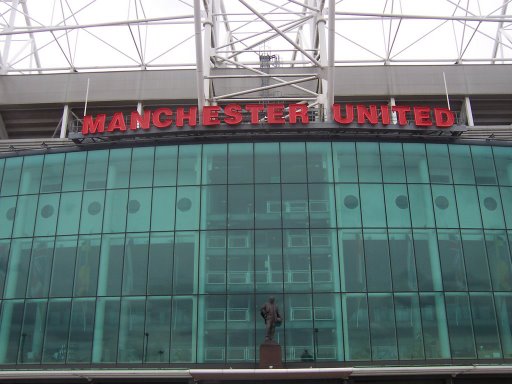 Manchester United booked a place in the Europa League final on Thursday after beating Celta Vigo 2-0 on aggregate.

United won the second-leg at Old Trafford 1-0 thanks to a goal from Fellaini.

BT Sport presenter Jake Humphrey did however, have a bone to pick with United fans.

Humphrey revealed that United supports will have to start taking to Europa League more seriously.

The presenter said that he felt the fans were not excited for the home games against Turkish league giants Fenerbahce, Feyenoord and Zorya in the group stages.

United beat Fenerbahce 4-1 at Old Trafford, their heaviest victory in the Europa League this season.

See More: ‘We are in talks with his agent’ – £21m Man United target is in contract talks with Galatasaray but transfer could still be on

“It feels like there is going to has to be a mind-set change at Old Trafford,” Humphrey said live on BT Sport.

“We came here for the games against Fenerbahce, Feyenoord, Zorya earlier in the competition and it didn’t feel like Old Trafford was excited for matches like that but they are finally starting realising that they have to play their part.”

Fenerbahce ended up beating United 2-1 in Istanbul to finish Group A in first place.

The Yellow Canaries did however, bow out at the Round of 32 stage against Krasnador.