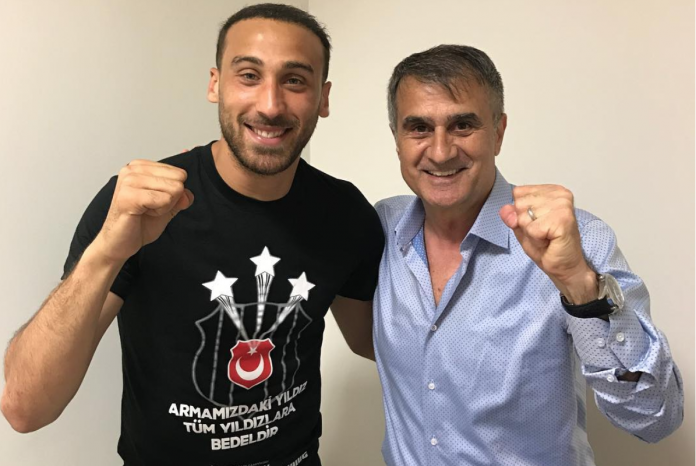 Besiktas striker Cenk Tosun has had an impressive start to the season scoring four goals and providing two assists in his first eight games.

Tosun has already picked up a Champions League goal of the week award for his long range effort in the 3-1 victory over Porto on Matchday 1.

The Turkish international also setup Ryan Babel with the opening goal in the 2-0 victory over Red Bull Leipzig at the Vodafone Arena.

A source close to Besiktas revealed to Turkish-Football that all three clubs mentioned in addition to others are keeping tabs on Tosun and regularly scout him.

The Black Eagles want to keep the 26-year-old striker on their books but would be prepared to sell him for €25 million.

The reigning Super Lig champions were prepared to accept just €13.5 million over the summer transfer window from Palace.

“All I am focused on right now is Besiktas — we are doing well in the Champions League and league,” Tosun told Sarigul who was writing for ESPN.

“I am really happy at Besiktas but like Arda Turan and Nuri Sahin I want to be an ambassador for Turkey abroad. I am keen on playing in England.

“I am really pleased with the interest being shown from the Premier League sides mentioned. It really is an honour and we will discuss my future with the club president at the end of the season.”

Besiktas later increased his asking to €20 million but now value Tosun as being worth €25 million.

Tosun has another two-years remaining on his contract but has made it clear that he wants a Premier League move in the future, perhaps at the end of the season.