Turkish wonderkids Burak Ince and Emre Demir made the Guardian newspaper ‘Next Generation 2021: 60 of the best young talents in world football’ list.

Emre Sarigul of Turkish-Football was responsible for the selection of the Ince and Demir who enjoyed a meteoric rise over the past season. 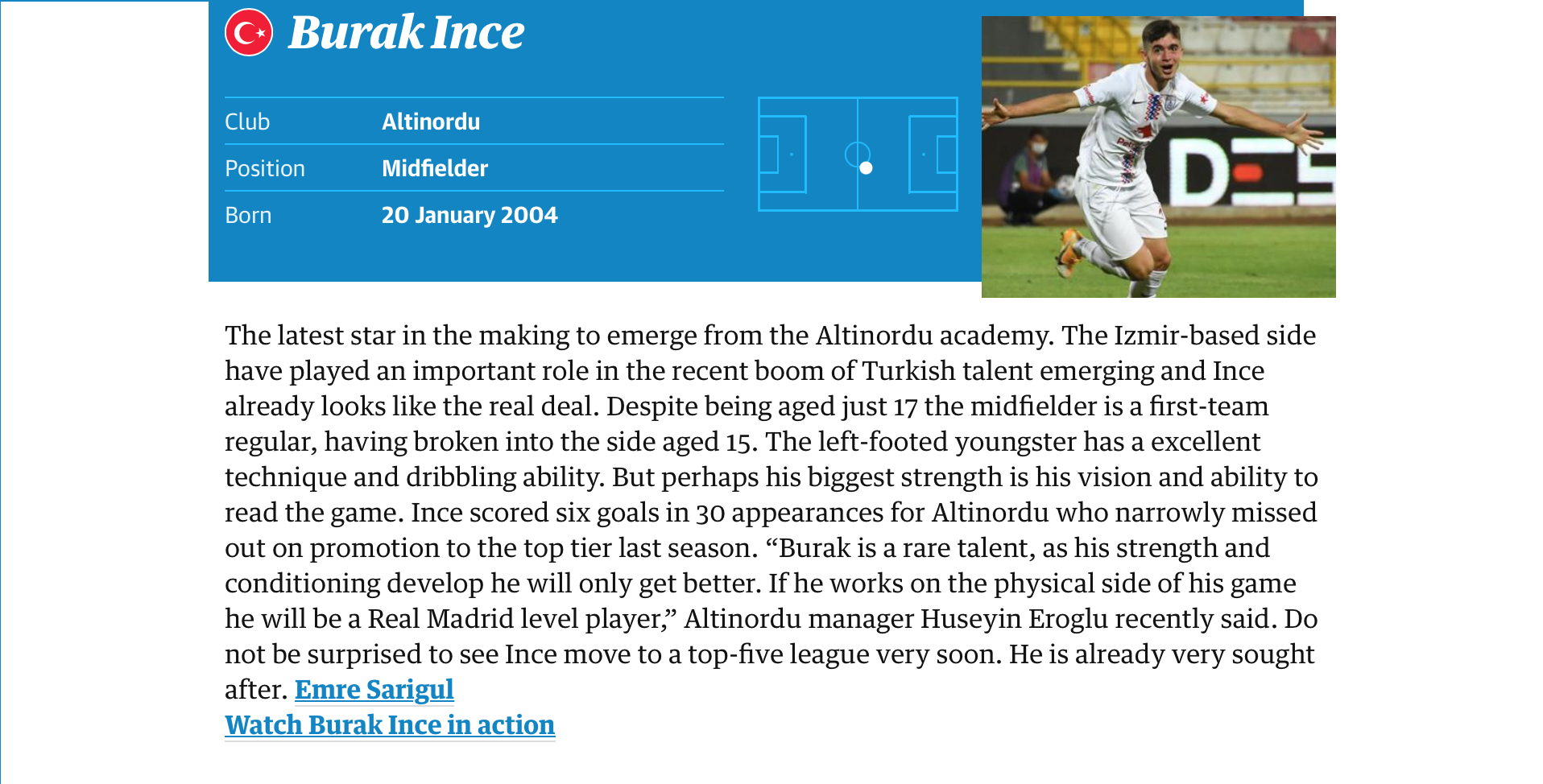 Aged 17, Ince has already established himself as a first-team player for Altinordu with a full season of competitive football under his belt.

The rising star attracted widespread interest after an impressive breakthrough season and has been closely linked with a move to Germany.

Ince would follow in the footsteps of Cengiz Under and Caglar Soyuncu if he were to move abroad.

Altinordu have invested heavily in youth development over the past few years earning a reputation for excellence in the field.

The Izmir based club have one of the most extensive academy systems in Turkey and plan to develop the future stars of Turkish football.

Two of the most valuable Turkish footballers today, Cengiz Under and Caglar Soyuncu are both Altinordu academy products as are rising stars Ravil Tagir, Enes Destan and Berke Ozer.

Emre Demir is also a first team star for Super Lig side Kayserispor.

Demir will play at the central Anatolian based side this season but will join Barcelona next term.

The La Liga giants already have a deal in place to sign the 17-year-old with a €400m release clause in his six-year contract.