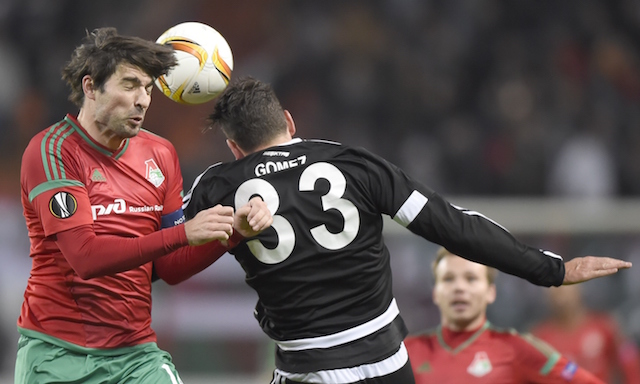 Mario Gomez bagged a brace in Besiktas’ 3-1 victory over Eskisehirspor yesterday to take his overall season tally to 20.

Gomez has found the back of the net 18 times in the league making him the leading goalscorer in Turkey having scored 35 percent of the Black Eagles 52 goals this season.

In fact the Germany international will break the all time club record for number of goals scored in a single season by a foreign player – currently held by Pascal Nouma and Demba Ba – if he scores again.

West Ham boss Slaven Bilic recently revealed that he is interested in Gomez.

Bilic told Fanatik: “Mario Gomez and Gökhan Töre would be a hit in England and are players every manager would want to see ın their team.”

The Hammers could face competition from Manchester United who expressed an interest in Gomez according to Telegraph and FoxSport last month.

The Black Eagles want at least €20 million for Gomez but do not technically own his contract on a permanent deal as of yet.

The Germany international could in theory decide to stay at Fiorentina who could go on and sell him to the highest bidder over the summer if Beşiktaş do not activate his buyout option.