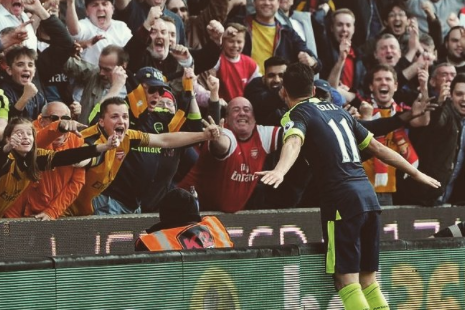 Watch: Arsenal star provides 14th assist but should have ended the season with 15

Arsenal beat Everton 3-1 at the Emirates to end the Premier League season with a victory.

Ozil dribbled his way into the Everton penalty area finding Ramsey with a short pass.

The Wales international still had a lot to do and managed to pivot 180 degrees and curl the ball around the keeper.

Ozil could however, have had another assist had Danny Welbeck scored his sitter in the first half.

Luckily Hector Bellerin was in the right place at the right time to make up for Welbeck’s rather embarrassing miss.

Nah I’m genuinely angry do you know how annoying it is seeing Ozil wasted playing with these retards pic.twitter.com/5tGa76u0bW