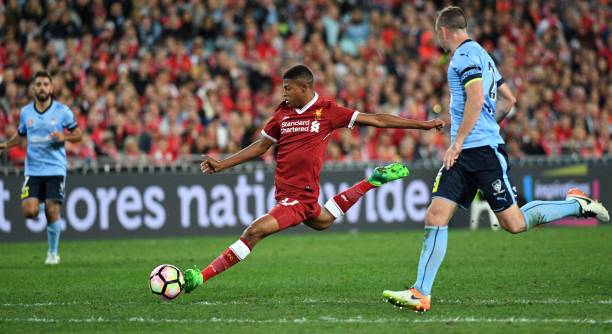 Liverpool wonder kid Rhian Brewster has issued an injury update after being sideline for several months with ankle ligament damage sustained around the start of the year.

Brewster is back in training and showed a clip of himself walking again on his official Twitter account.

The 17-year-old tweeted a short video of himself at the Melwood grounds, along with a running emoji.

The rising star recently signed a five-year deal with the Reds but could find playing time hard to come by after returning with Sturridge, Dominic Solanke and Divock Origi all fighting for a place with first-choice Firmino.

Brewster won the U17 World Cup with England last year but a little-known fact is that he is also eligible to represent Turkey due to having a Turkish mother.

The rising start would count as a domestic player in the Super Lig depending on who he picks at international level.