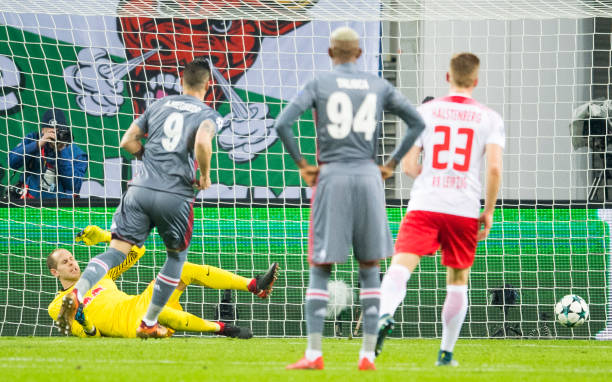 Besiktas had already booked a place in the Champions League Last 16 heading into the Match Day 6 clash against Red Bull Leipzig in Germany.

The Black Eagles ended their campaign in style with a 2-1 away win, maintaining their unbeaten run in the competition.

Alvaro Negredo opened the scoring from a spot kick on 10 minutes.

The goal was his first in Champions League goal after 1470 days.

The Spanish forward last scored in the European competition for Manchester City in 2013 against Viktoria Plzen.

It was also his first ever penalty goal in the competition.

GOOOOOOOL! Beşiktaş will beat your A team with their B team. Negredo puts the Black Eagles ahead against RB Leipzig in Germany pic.twitter.com/JuIh78XLzD

Anderson Talisca scored his sides second goal with Okran Cinar providing the assist in what was his first Champions League appearance.

The Istanbul giants finished the Group G as leaders on 14 points.