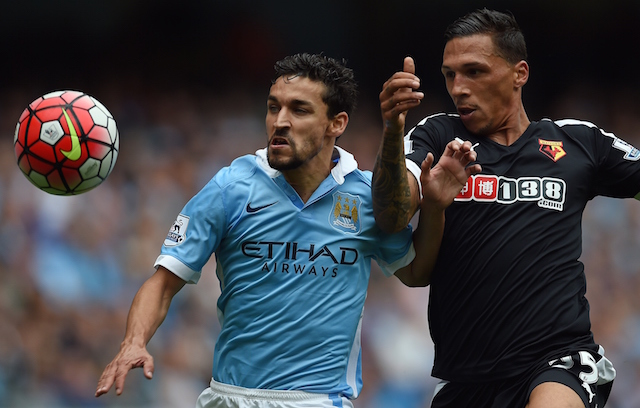 Watford left-back Jose Holebas has been offered to Fenerbahce according to Turkish sports radio station Radyospor.

Holebas’ agent Nicos Mavromaras said: “Let us see what happens nothing is certain yet.”

Fenerbahce are yet to make a decision over whether to make a bid for the Greek international but are reported to be considering Holebas as a potential replacement for Caner Erkin if he leaves at the end of the season.

Erkin has just six-months remaining on his contract has yet to extend his deal and has been closely linked with a move to Liverpool and Inter.

Holebas still has another two-years remaining on his contract at Watford but has struggled for playing time this season making just 11 appearances in all competitions for the Premier League outfit.

The 31-year-old full-back joined Watford on a £1.88 million transfer from Roma over the summer transfer window.