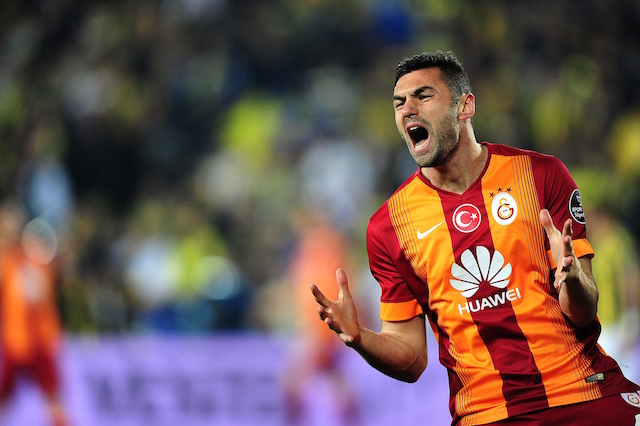 The Hammers have set aside up to €8 million for the Turkish international according to RadyoSpor.

The Sports radio station go onto say that West Ham are expected to table a bid for Yilmaz before the end of the transfer window.

Yilmaz is understood to be unhappy at Galatasaray after being jeered by fans over the weekend.

Hammers boss Slaven Bilic has openly stated in the past that he is a fan of the Galatasaray star who he knows well having coached in Turkey for two-seasons before joining West Ham.

“Burak Yılmaz is a player who has scored over 60 goals in his last two seasons of course I think he is a very good striker,” Bilic was quoted as saying on Lig Tv.

Yılmaz has lifted the league title and the Turkish Cup twice since joining the club. Yılmaz has three-years left on his contract and is paid in the region of £2.5 million per-season.