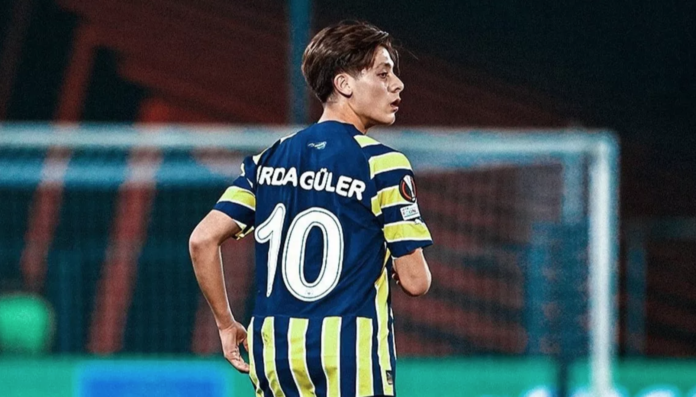 Fenerbahce wonderkid Arda Guler has been named in the UEFA Players to Watch for 2023 list.

UEFA put together a list of up and coming European youngsters expected to make a name for themselves this year.

The criteria to make the list is that the player must be no older than 21 at the start of the year.

A total of 40 future star names were selected for the list.

Guler was the only homegrown Turkish player to be selected this year by UEFA.

UEFA had the following to write about the 17-year-old: “Dubbed the ‘Turkish Messi’ due to his dribbling ability and penetrating passing, he became the youngest goalscorer in Süper Lig history last season. This term he has caught the eye in the UEFA Europa League and become the youngest player to represent Turkey since 2008.”

Guler also the the Next Generation 2022: 60 of the best young talents in world football list last year.

The rising star is highly rated in Turkey and has has three goals and one assist in 13 appearances for Fenerbahce in all competitions this season.

In total Guler has six goals and six assists in 29 appearances for the Yellow Canaries and already has his first international cap for the Turkey national team.