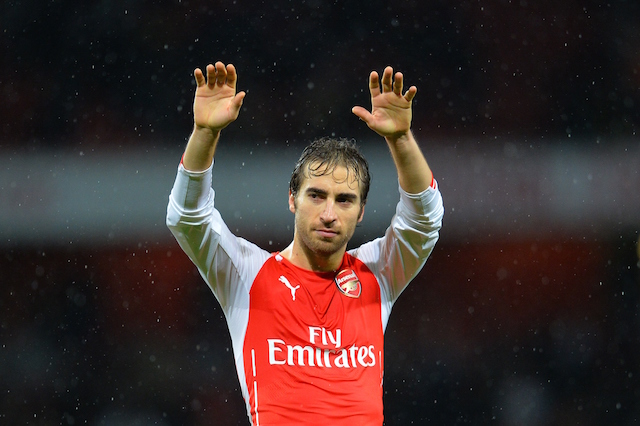 Arsenal have accepted a £4 million bid from Galatasaray for Mathieu Flamini according to Eurosport TR.

The report states that the Lions have had a bid accepted by Arsenal and are in talks with the 31-year-old defensive midfielder.

Eurosport also state that Lukas Podolski is involved in negotiations with his former teammate.

Flamini was largely been used as a substitute last season and is now into the final year of his contract.

Galatasaray already have strong links with the North London club following the transfer of Lukas Podolski this season.

The Lions are on the lookout for a new defensive midfielder following reports Felipe Melo could be on his way of Istanbul.