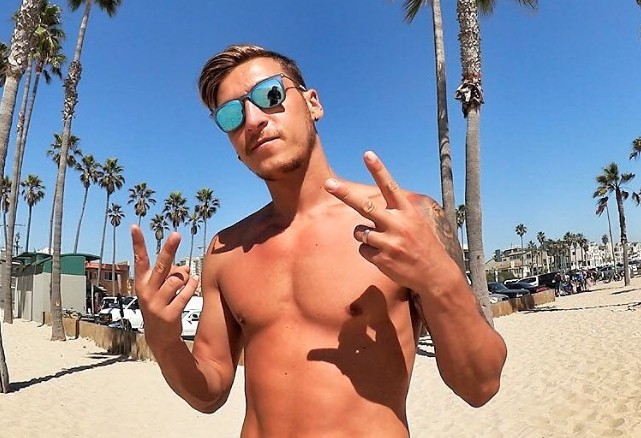 Arsenal star Mesut Ozil is renowned for his assists, technical ability and vision. One aspect of his game is not not known for is his pace.

In fact the playmaker of Turkish origin has a reputation for being lazy, slow and lacklustre at times.

It turns out that Ozil is actually pretty fast on his feet.

In the 3-0 victory over Bournemouth at the Emirates this weekened Ozil actually hit the highest speed of any Arsenal player during the game at 33.34 kilometres per hour according to the official Arsenal twitter acount.

These were tough to predict ?

So much for being lazy! it turns out the 2014 World Cup winner is capable of busting a gut.

Ozil did not provide an assist or score over the weekend but he did create three goal scoring opportunities – more than any other Arsenal player.

The Gunners take on FC Koln in the Europa League next on Thursday.

Ozil has made the squad but Arsene Wenger may decide to rotate his side in Europe this season.