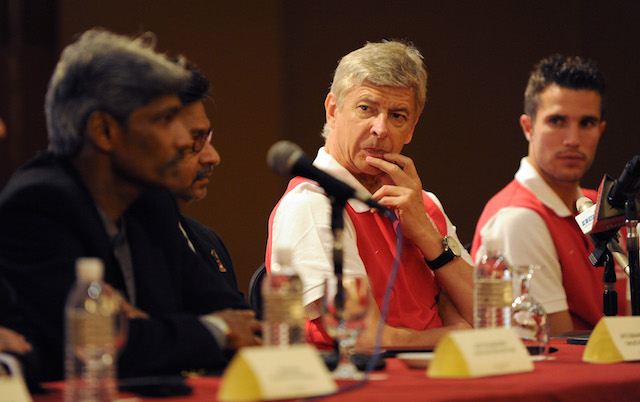 Arsenal manager Arsene Wenger has been given a double injury boost ahead of the Premier League clash against Manchester United.

Wenger had told the press on Thursday that there was ‘little chance’ midfielder Granit Xhaka would be available for the United game due to having a swollen ankle following the North London derby against Tottenham.

The Gunners boss could however, have Xhaka available after the Swiss international was pictured training today.

Additionally Wenger may also have Shkodran Mustafi available according to Football.London after the defender missed the last four games with a thigh injury.

Wenger will however, be without Santi Cazorla who is expected to miss the rest of the season with injury.

The Gunners are currently 6th in the Premier League, five points behind 5th placed United who are unbeaten in their last 25 league games.

The North London based outfit do however, have a game in hand.