More
Home Barcelona Barcelona boss to resign: These are the six front runners for the...
Facebook
Twitter 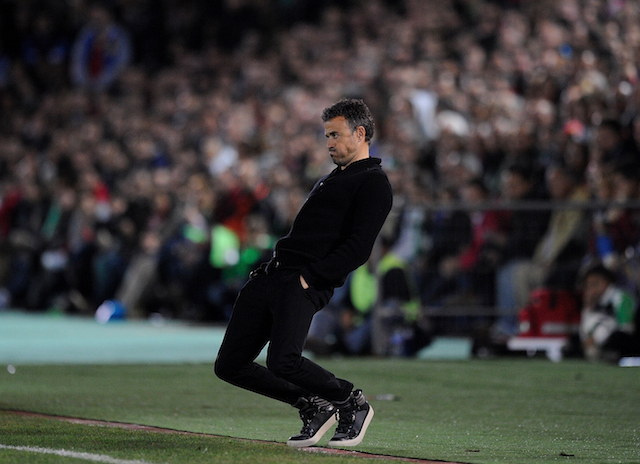 Barcelona boss to resign: These are the six front runners for the job

Barcelona boss Luis Enrique surprised fans and reporters on Wednesday night after revealing that he will step down at the end of the season.

Following the announcement, the attention has turned towards who will be Enrique’s successor.

Here are the six candidates being discussed in the Spanish media:

Jürgen Klopp (Liverpool)
Liverpool boss Jurgen Klopp has struggled to keep up with the pace of the Premier League in recent weeks and has seen his side slip out of the top four. However, Klopp recently signed a long-term deal keeping him at the Merseyside club until 2022.

Due to the compensation fee Barcelona would have to pay to get hold of Klopp, the appointment seems unlikely.

Jorge Sampaoli (Sevilla)
Jorge Sampaoli is the popular choice among Barcelona fans and pundits. The Argentinian tactician led the Chile national team to cup success and has hit the ground running at Sevilla. However – as with Jurgen Klopp – Barcelona will need to stump up a hefty compensation fee to get hold of him.

Ernesto Valverde (Athletic Bilbao)
Ernesto Valverde is known as the Spanish ‘Carlo Ancelotti’ due to his man management skills and has impressed during his spell at Atletico Bilbao. Valverde previously played for Barcelona as a player which strengthens his case for the top job.

Ronald Koeman (Everton)
The former Barcelona man was a disaster at Valencia but has got his managerial career back on track in the Premier League. Koeman got Southampton into the Europa League before being appointed as Everton manager.

There are major question marks regarding Koeman’s style of football and if it will suit the Barcelona way.

Eusebio Sacristan (Real Sociedad)
Sacristan made over 200 apperances for Barcelona as a player and has managed the Barcelona B team. The 52-year-old has impressed during his spell at Real Sociedad and is soon out of contract.