The Turkish international has been on the lookout for a new home since joining his new club.

Turan posted an image of Barcelona on Instagram along with the caption, “BARCELONA, BARCELONA.” 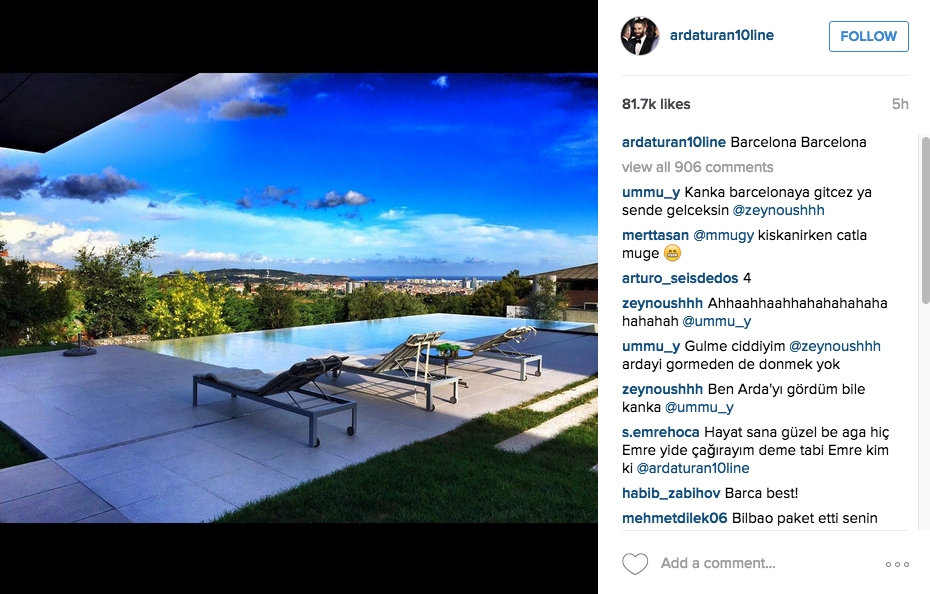 The 28-year-old recently went house-hunting with his teammate Gerrard Pique.

Turan recently celebrated Barcelona’s Super Cup win over fellow La Liga side Sevilla. The Turkish international was included in the 24 man squad but was unable to play due to the FIFA transfer ban restricting Barcelona from registering new signings until the turn of the year.

Turan joined Barcelona on a £24 million transfer from Atletico Madrid but will be unable to play until at least January.

Barcelona take on Málaga in their opening game of the 2015-16 La Liga season.