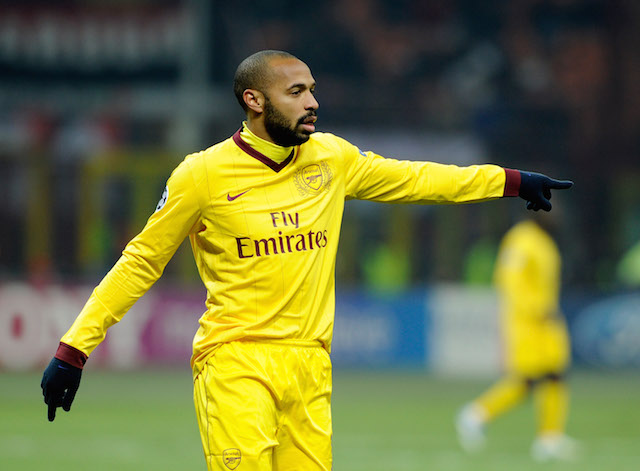 Everton star Cenk Tosun is a well known fan of NBA basketball, so much in fact that he picked the number 23 shirt while at Besiktas in honor of Michael Jordan.

Tosun found out soon enough that the number 23 shirt was already taken after joining Everton in January as currently belongs to Seamus Coleman.

The Turkey international ended up picking the number 14 and as was the case with his previous shirt it has meaning as well.

The 26-year-old revealed that the number 14 has been worn by some of the greats and he mentioned Arsenal legend Thierry Henry in particular as being his inspiration.

“Seamus Coleman has been number 23 for eight years so I knew to forget about that,” Tosun said in a recent interview with the Sozcu newspaper.

“I really like Seamus, I didn’t even ask, it wouldn’t have been cool.

“I turned my attention to number 14, it has been worn by some of the greats like Thierry Henry so that is the rationale behind my thinking.”

Well if Tosun turns out to be half the player for Everton that Henry was for Arsenal the Toffees would have bagged themselves a bargain.

The star striker is currently on international duty with Turkey ahead of friendly games against Ireland and Montenegro.

Tosun is in for a tough run after the international break with games against Manchester City followed by the derby against Liverpool afterwards.

Well if he wants to be like Henry those are the kind of games he is going to have to score in.