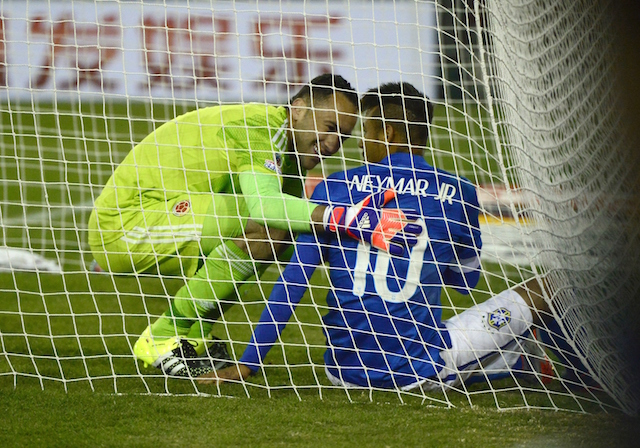 Fenerbahçe are not in talks with Arsenal goalkeeper David Ospina a close source told Turkish-football.com.

The Yellow Canaries had been closely linked with the Colombian international during the Copa America.

Everton is now the most likely destination for Osiona according to Spanish newspaper AS.

“It is a team to be reckoned with and a great possibility,” Ospina said.

The 26-year-old did however, state that he does want to stay at Arsenal if possible and fight for his place in the team.

“There are some possibilities, but my mind is at Arsenal,” he said.

“I am very happy in London and my family too, so I hope at least to respect the four year contract.

“I always look at things and analyse.”

Ospina is set to leave Arsenal over the summer the summer as the Gunners continue efforts to complete the signing of Chelsea keeper Petr Cech according to the Mirror.

The Gunners keeper is expected to fall down the pecking order behind Cech and Wojciech Szczesny becoming third choice keeper were he to stay at the club.

Ospina joined the Gunners on a €4 million move from Nice last season and kept 10 clean sheets in 23 games for Arsenal.

Everton have joined the race to sign the Colombian international goalkeeper David Ospina.