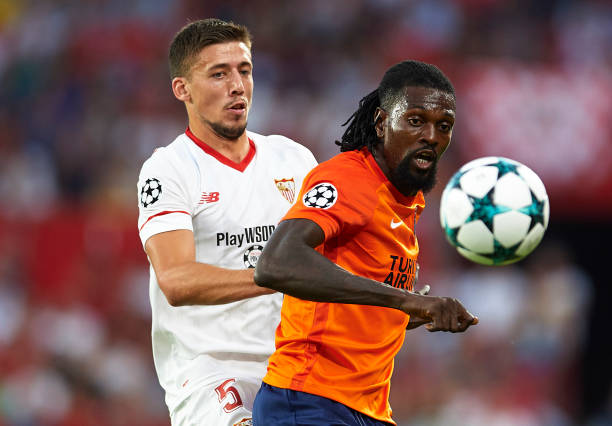 Istanbul Basaksehir remain on course to create history this season by claiming their first ever top flight title in Turkish football.

Basaksehir have a six-point lead over Galatasaray with just eight games to play and are strongly fancied to claim top spot this term.

Their best previous finish was as runners-up back in 2016/17, but they are well-placed to win the league this time around.

Abdullah Avcı’s side are favourites to win the league.

Basaksehir’s squad boasts plenty of talent and is littered with names who will be familiar with fans of the Premier League in England. Read on as we look at some of their top players.

The Brazilian had a mixed time of things with Manchester City after joining the club for £32 million back in 2008.

He was City’s top scorer in his first season, but failed to build on that and was shipped out on loan to his former club Santos in Brazil.

Robinho enjoyed subsequent spells in Italy and China, before joining Sivasspor in 2018. He signed for Basaksehir at the start of this year.

The striker enjoyed something of a love/hate relationship with the Premier League during his 11-year stay in England’s top flight.

He enjoyed a productive spell with Arsenal, before joining Man City. His wild celebrations after scoring against his former club in 2009 sparked plenty of anger amongst Gunners fans.

The Togolese has impressed in Turkish football, scoring 28 goals in 72 appearances for Basaksehir in all competitions.

The full-back spent eight years in the Premier League with Arsenal, before joining Man City for £7m in 2011.

He moved to Turkey in 2017 and has gone on to establish himself as a key part of Basaksehir’s defence.

A knee injury has kept Clichy out of his club’s last few matches, but he will hope to return as the season reaches its climax.

The striker started his Premier League career with West Ham United before joining Newcastle United – scoring 29 goals in 54 appearances for the Magpies to earn a move to Chelsea.

Ba scored some crucial goals for the Blues, including the crucial strike after Steven Gerrard slipped to lose Liverpool the title.

He moved to Istanbul in January and has scored two goals in his opening four appearances for the league leaders.