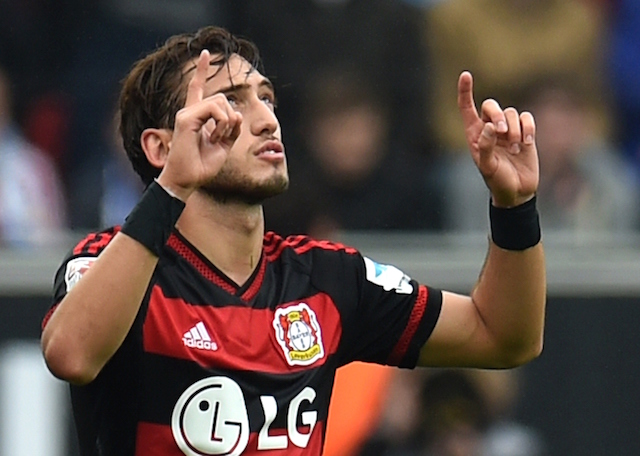 The reports states that Juve boss Massimiliano Allegri has been on the lookout for an attacking midfielder and has been impressed by Calhanoglu’s performances this season.

Tuttosport claim that Juventus are scouted the Turkish international during Bayer Leverkusen’s 3-0 defeat to Borussia Dortmund.

Manchester United have also been closely linked with the Turkish international and were linked with a €36 million for Çalhanoğlu according to Beyaz Tv.

Speaking live on the Derin Futbol show Turkish football pundit Ertem Şener claimed that United are expected to make a €36 million offer before the transfer deadline.

Çalhanoğlu joined Bayer from HSV on a €15 million transfer last season and was selected as the sixth most valuable U-21 players in the world list by Soccerex.

The 21-year-old has provided one assists and scored five goals in nine appearances for Leverkusen this season.