Loris Karius has had his fair share of critics ever since the Champions League final between Liverpool and Real Madrid.

Karius has been unable to escape criticism despite joining Besiktas on loan over the summer.

The latest story to do the rounds was that Besiktas are preparing to cancel Karius’ loan deal in January to send him back.

Fotomac reported that Liverpool received a bizarre transfer offer to take back Karius from and send Divock Origi to Besiktas in his place.

The story was obviously a fabrication as Turkish-Football made clear yesterday after speaking to sources at the club.

Karius has hit back at the constant media spotlight on him through his Instagram page posting the following photograph with a message for the media. 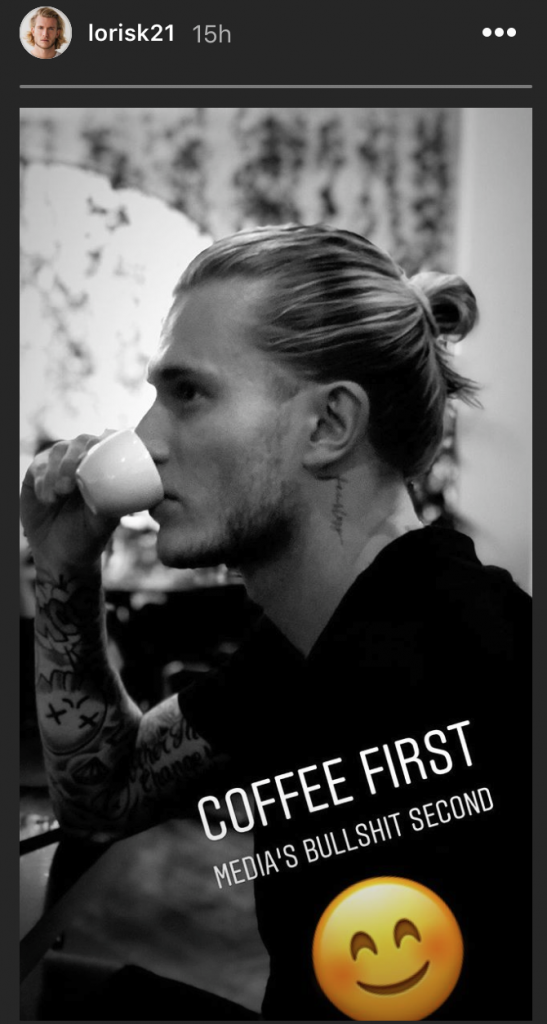 Despite constant reports that he is will be axed Karius has, in fact, started every game for Besiktas since joining on a loan move.

Karius is expected to keep his place in the team as first-choice keeper.

Besiktas management are happy with the 25-year-old despite reports claiming otherwise in the Turkish press.

The Black Eagles are currently just three points behind league leaders Basaksehir who they take on next weekend.