The Danish international Simon Kjaer has revealed why he decided to join Fenerbahce from Lille.

“For me it was very important to come to a place where I have the possibility to win championships and play in the champions league,” Kjaer told reporters when asked about interest he had received from Liverpool and why he signed for Fenerbahce.

“So that was one of the key reasons I left Lille where my family and I were very happy.” 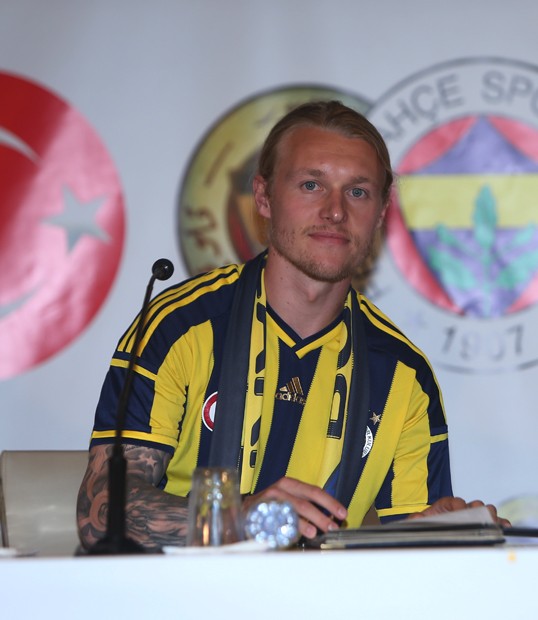 Fenerbahce have completed the transfer of the Simon Kjaer from Lille earlier today. The Yellow Canaries will pay €7.65 million for the 26-year-old centre back.

“It is a fantastic signing for Fenerbahçe. Kjaer was in team of the year last season with Thiago Silva in central defence,” he added.
“He’s great in aerial duels and loves to battle against strong attackers.
“It is great for him as he will be playing in the Champions League at a club that will compete for the league title every year in a lovely city and a great stadium.
“He will also be the best paid player on the Danish national team so it is a win win scenario.”

Both Liverpool and West Ham United are also keen to sign Kjaer according to TalkSport. The Premier League side Southampton have also been linked with the Danish centre back as a replacement for Toby Alderweireld.

Kjaer has 50 international caps for his country and has made a total of 79 appearances for Lille.