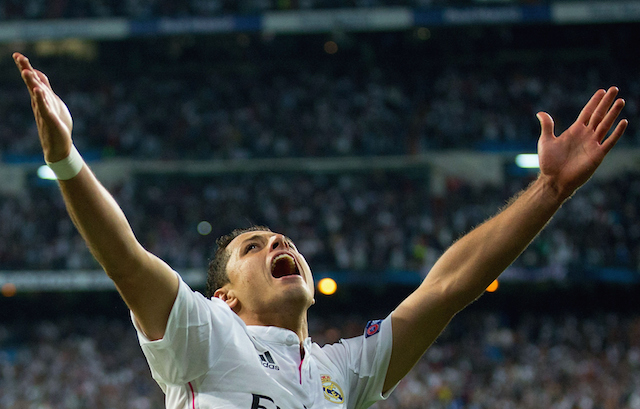 Javier ‘Chicharito’ Hernandez’s agent Marijo Knez has confirmed that he has held talks with Besiktas over the transfer of the Mexico international.

“Let’s see what happens, it all depends on the talks but I do not think we are talking a very high fee.”

Besiktas are on the hunt for a new striker after selling last seasons top scorer Demba Ba to the Chinese club  Shanghai Shenhua for €13 million last week.

The former Chivas striker’s future is unclear following a broken collarbone which will rule him out of the Gold Cup. The injury is expected to keep the Hernandez out of pre-season training for another three weeks.