Esmersoy shared an image on her Instagram account posing alongside Neymar with the caption, “Neymar sends his regards Arda.”

See More:
Neymar – ‘It is great to be back in Turkey‘
Neymar: ‘I support Fenerbahce because of Diego
Turkey will have a special place in my heart says Neymar 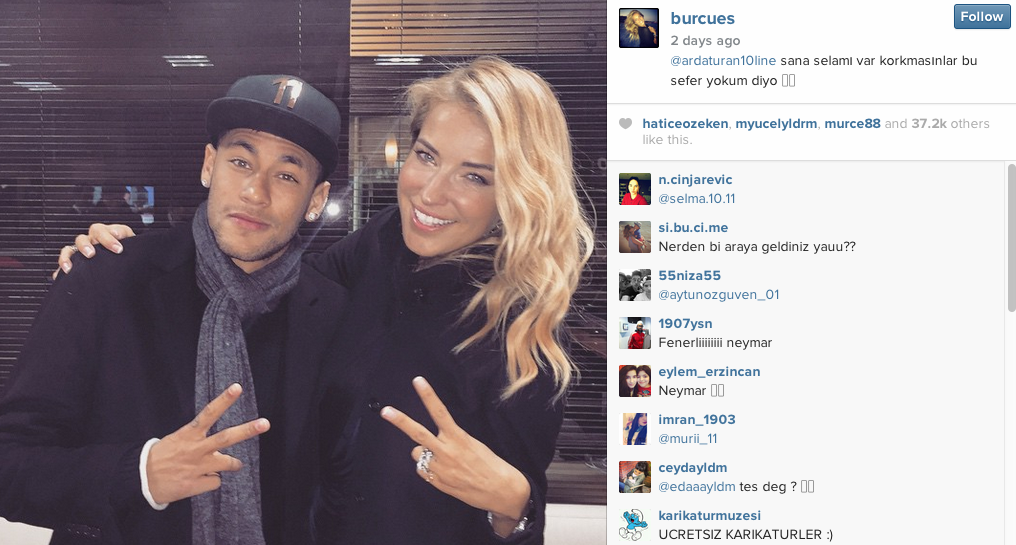 Esmersoy was reported to have been invited to a party hosted by Neymar in Istanbul which was later cancelled according to Turkish newspaper Akşam.

The newspaper went onto claim that Esmersoy had entered into a depression following the cancellation of the party.

Esmersoy dismissed the news report as being farcical, “Yes I am in a deep depression” she tweeted followed by a screenshot showing Neymar following her.

“This news is a complete lie, some people just want to stir trouble,” Esmersoy added.

Neymar has been involved in organising the friendly tournament which will involve his own team Instituto Projeto Neymar JR, Galatasaray, Beşiktaş and Argentinian giants River Plate.