More
Home NewsNow Samed Yesil shows off his new Louboutin's as he hopes for his...
Facebook
Twitter

Samed Yesil has taken to Instagram to show off his new customised shoes as he awaits his first Premier League appearance of the season.

The 21-year-old striker posted an image of two pairs of shoes along with the caption, “Thanks to @_undivided for hooking me up with these shoes top service !! #ynwa #lfc #loubs” 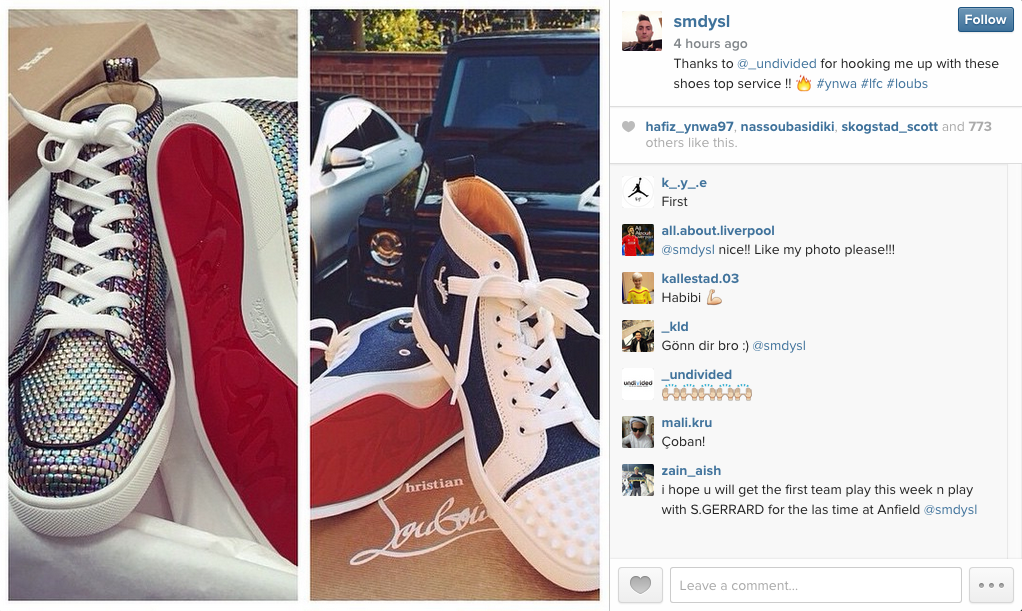 Yeşil could make his first Premier League appearance this season in the two remaining game of the league campaign according to the Metro.

The Metro drew up a list of Liverpool U21 players who could break into the senior team before the end of the season including Cameron Brannagan, Ryan Kent, Sheyi Ojo and Yeşil.

Yeşil joined Liverpool on a €1 million move from Bayer Leverkusen in 2012 and was at the time rated one of the most promising strikers in Europe.

The 20-year-old has however, spent most of his time at the club on the sidelines and only recently recovered from a double cruciate ligament injury.