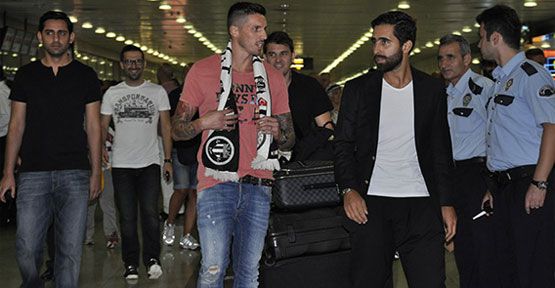 Beşiktaş manager Slaven Bilic has revealed that Jose Sosa, Mustafa Pektemek and Serdar Kurtuluş have recovered from injury ahead of the Europa League Group C game against Partizan.

“Sosa and Mustafa Pektemek are returning from injuries and Serdar Kurtuluş has recovered and is training with the team,” Bilic said.

The return of right-back Kurtuluş will be a major boost as Beşiktaş have been struggling to find a replacement.

Bilic played central midfielder Necip Uysal at right-back for the last two games, both of which Beşiktaş lost.

Uysal was at fault for the last two goals conceded in the 3-2 defeat against Erciyes and for the Emmanuel Emenike goal in the derby the following week.

Bilic has however, back Necip and urged fans not to blame him.

“Every player has ups and downs” Bilic said.

“It is wrong to make Necip the sacrificial lamb here, he has a great character and we will always back him, he needs our support right now.”

The Black Eagles will be without first-choice goalkeeper Tolga Zengin who picked up an injury in the 2-1 loss against Fenerbahçe in the Istanbul derby.