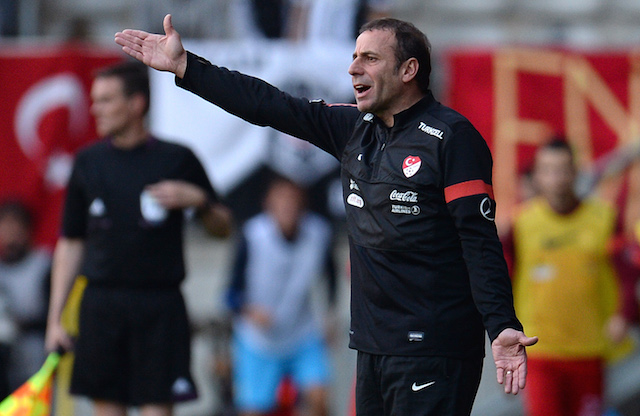 We take a look at the latest round of league games in Turkey and also grade our betting predictions.

Abdullah Avci really does deserve more credit than he gets. Basaksehir have consistently punched above their weight for the past few seasons under his stewardship, regularly defying the odds to finish in or around a European position. The ex-council team with no fans have come a long way since non league football just over a decade ago. The Istanbul minnows came from one goal behind to score three times late on against their more established cross-city rivals to win and go top of the table.

Galatasaray will be disappointed with dropping points against Kayserispor but Jan Olde Riekerink will be pleased with how his team is starting to gel. Bruma provided another assist and has now set up two goals and scored one which is already a higher tally than he had at Real Sociedad all season. Tolga Cigerci was at his best again and Nigel de Jong made his debut – although he ended up getting injured.

Lovely assist from Bruma! The Galatasaray star now has 2 assists + 1 goal in 3 league games. #MUFC are scouting him pic.twitter.com/wIUot0SPvy

This game promised so much but delivered so little but at least newly promoted Adanaspor kept their first clean sheet of the season.

Newly promoted Alanyaspor will be pleased with holding Super Lig veterans Genclerbirligi to a goalless draw on the road.

Last seasons top scorers Besiktas are also this seasons top scorers with nine goals in their first three games. The Black Eagles were expected to struggle for goals without Mario Gomez but Cenk Tosun has stepped up to the task – 4 goals and one assist now – and Aboubacar is raring to go. The Istanbul giants really do look like the side to beat this season.

Osmanlispor at first glance have more in common with a theme park than a football team. The club stadium and grounds are full of larger than life statues of half-naked, burly Ottoman warriors and figures from Turkish history books but it is time to start taking this club seriously. Osmanlispor crushed Trabzonspor 2-0 on the road – not an easy task even for the the big Istanbul clubs.

The Black Sea based side scraped a victory against Akhisar who ended up getting Ceviker sent off. The Akigolar are going through a period of instability following manager Cihat Arslan getting sacked.

Konyaspor didn’t just beat Antalyaspor they defeated the Scorpions in style with three well worked goals. Omer Ali Sahiner stole the limelight with his two goals and has now contributed to 10 goals in 2016 (6 assists, 4 goals).

'This is why I'm hot' – Ömer Ali Şahiner with a brace in Konyaspor's 3-1 win over Antalyaspor. 2 goals in 3 games! pic.twitter.com/PHUJK1OdZF

The upset of the week saw Bursaspor end Fenerbahce’s 24 match unbeaten home run with a header from the shortest man on the pitch in Pablo Batalla. This is the worst start to a league campaign the Yellow Canaries have ever had but it may be a bit too early to start ringing the alarm bells just yet considering we are only three games in.

The defenders equivalent of scoring a goal! What a clearance by Aziz Behich to keep Bursa ahead against Fenerbahce pic.twitter.com/UpEOX7UGE3