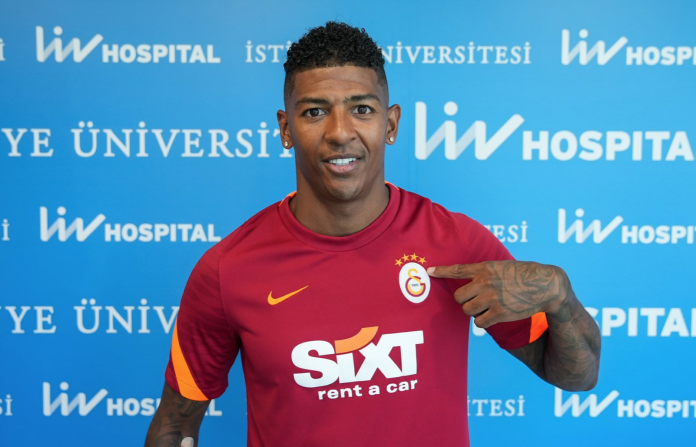 Patrick van Aanholt has completed his move to Galatasaray after leaving Crystal Palace as a free agent.

Van Aaanholt was one of twenty-two players Palace released at the end of last season after their contract expired.

Aanholt gave a heartfelt message to Palace and the fans for his 4.5 years spent at the club after his transfer to Galatasaray was officially announced.

He wished his former club ‘good luck for the up & coming season.’

So many words, what to say. Thank you for the 4.5 years. Palace has been a proper home to me, you'll forever be apart of my life. To the boys, good luck for the up & coming season. Big change big opportunity big rewards. Make it count ❤️💙🦅

The 30-year-old was officially unveiled as a Galatasaray player in a signing ceremony held at the club headquarters after undergoing his medical.

The left-back posed for photographs in his new jersey and gave a brief interview where he stated that he ‘cannot wait to play in front of the Galatasaray’ fans.

The Netherlands international had been with the Eagles since 2017 and made 134 appearances since his move from Sunderland – where he spent three years.

The full-back has agreed to a three-year deal with Galatasaray, it will be the first time he has played in Turkey after spending all of his senior career at Premier League clubs from Chelsea between 2009-2014 to Sunderland and then Palace.

The Super Lig giants will face St Johnstone next in the Europa League qualifiers on Thursday 5 August.