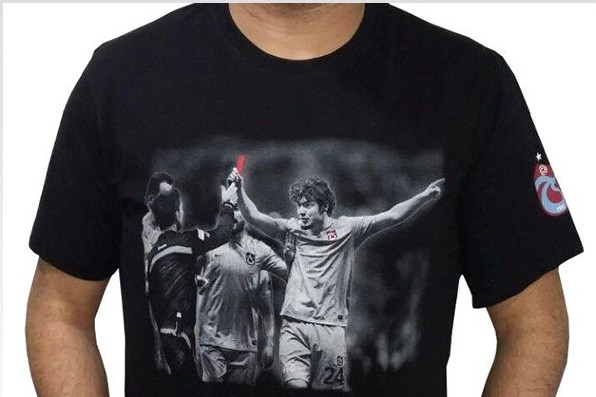 The official Trabzonspor and club store website crashed today under a deluge of traffic generated from fans wanting to get hold of the official Salih Dursun t-shirt.

Trabzonspor midfielder Salih Dursun hit the headlines when he sent off referee Deniz Bitnel during the 2-1 defeat against Galatasaray – only to get sent off himself for the incident.

Trabzonspor have responded by releasing a range of t-shirt’s depicting the now infamous incident and revealed that all profits earned from sales will be sent to help improve referee training.

Dursun was heralded as a public hero with fan groups across the country offering their support.

Bursaspor came out in support of Dursun and went as far to declare him a heroic outlaw describing him as standing up for Anatolian football against the perceived injustice of referees against them – in with the more successful Istanbul sides.

Former England international Paul Gascoigne was involved in a similar incident while playing for Glasgow Rangers but unlike Dursun he was only shown a yellow card.