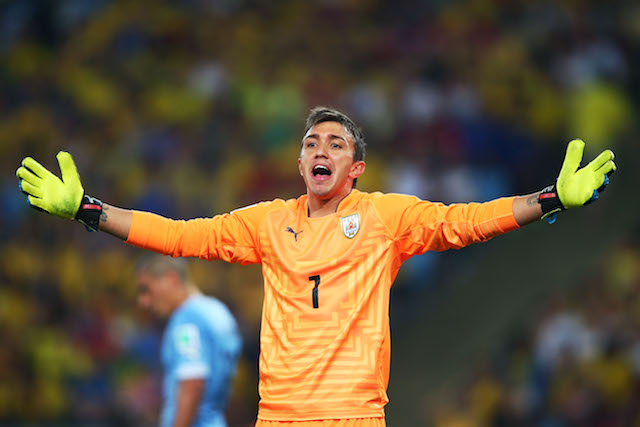 Uruguay international Fernando Muslera has returned to training despite breaking his leg against Caykur Rizespor in June.

Muslera was expected to be ruled out for a minimum of six-months but he had a training session today at the Galatasaray grounds.

The experienced keeper had a bandage wrapped around his left leg but took part in hand-to-eye coordination and light training with the goalkeeper coach. 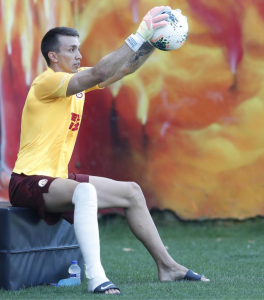 Muslera could return back sooner than was initially expected.

The keeper has been a star player for Galatasaray over the past few seasons.

Muslera has won five Super Lig titles, four Turkish Cup and five Super Cup trophies at the Lions making him one of the most successful players in the Yellow-Reds history.

In other Galatasaray team news, Japan international Yuto Nagatomo took part in his final training session for the club.

Nagatomo broke into tears after bidding farewell to his teammates and the technical staff. 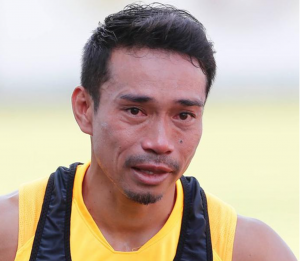