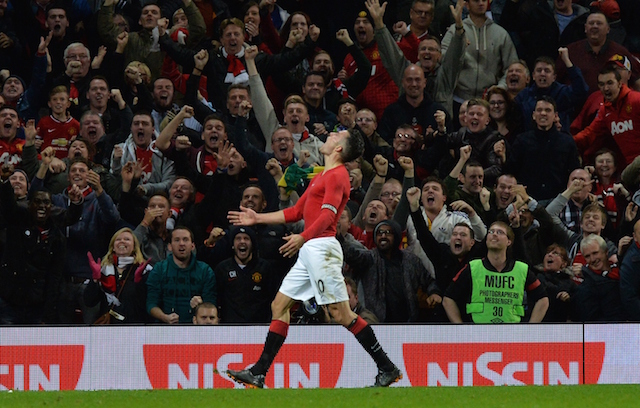 Fenerbahçe striker Robin van Persie admitted that he would love to face Manchester United in the Champions League play-off stage.

Van Persie stated that it would make for a great game and would give him the chance to say a final farewell to United fans at Old Trafford.

“We have a hard task to beat Shakhtar Donetsk [in a preliminary tie] but hopefully we can and after that I’d love to take on the challenge of Man United [in the Champions League],” he told the Sunday Times.

“I’d love it. Not with anger or anything, but for the beauty of the game. And also to get the chance to thank the Manchester United fans in person because they have been great to me.”

The 31-year-old striker remains popular among United fans due to playing an important role in winning the clubs record 20th league title in the 2012-13 season.

Fenerbahçe would have to find a way past Ukrainian giants Shakhtar Donetsk in the preliminary tie at the end of the month before entering the play-off draw.

The Yellow Canaries take on Shakhtar on 28-29 July and the return leg will be played on 4-5 August.