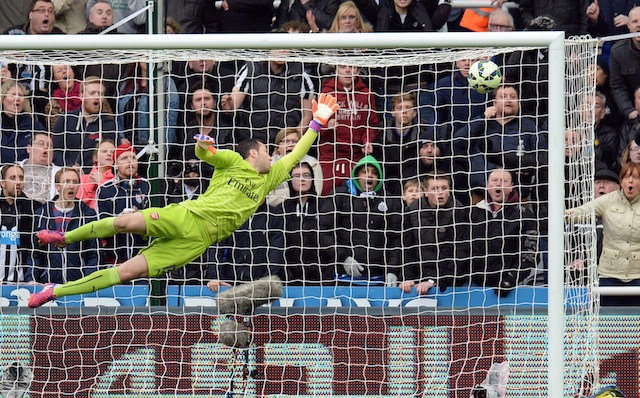 Arsenal star strikes deal with Fenerbahce but yet to give transfer green light, Yellow Canaries line up alternative

Fenerbahce have reached agreement with David Ospina but are waiting for Arsenal to signal the green light to complete the transfer.

Fotomac report that Fenerbahce are waiting on a final decision from the Gunners regarding Ospina’s future.

Per the source, the Yellow Canaries are not prepared to wait in hope and have lined up an alternative.

See More: Where Will David Ospina Move This Summer?

The Istanbul giants have prioritised signing a new goalkeeper this window.

Fenerbahce have reached an agreement-in-principle with Malaga for Carlos Kameni.

Malaga would receive a €1.5 million transfer fee and Kameni would earn €2 million per-season if the deal goes ahead.

France Football are reporting the Ligue 1 outfit Nantes have made the Colombian international a transfer priority.

Ospina has struggled for playing time in the Premier League and has grown frustrated with his role in the current Arsenal team.

The Colombian international has made just 24 appearances in the league since making his move to North London.

Ospina did however, play as the Gunners first-choice keeper in cup competitions.