Looking for some value signings to enhance your Career Mode roster? The Turkish Süper Lig is a veritable goldmine of hidden gems that will invariably cost much less than signing players from Europe’s biggest domestic leagues.

We’ve put together an extensive collection of signings that could bring much-needed squad depth and skill to your roster, without breaking the bank – courtesy of the Turkish Süper Lig. Some of these players can even be found in some of the lesser-known teams that lack the domestic prestige of some of the powerhouses in Turkish football.

Veteran Slovakian midfielder Marek Hamšík is the star man for Trabzonspor in the heart of their midfield. The 34-year-old, who spent 12 long years with Napoli, before recent sojourns in China and Sweden, is still a calming influence in front of the back line. With an overall FIFA rating of 80, Marek Hamšík could still walk into most of the leading sides in Europe. His 68 pace may hold him back, but pair him with someone that does have speed, stamina and box-to-box capabilities and his supreme passing range can really come to the fore. 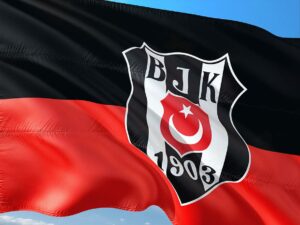 Although Pjanić is not strictly a permanent player for Besiktas – having signed on-loan from FC Barcelona – the 31-year-old Bosnian international is the highest-rated player in the Turkish leagues. Although he may have peaked during his time with Juventus, winning four Serie A titles and two Coppa Italias, he is still a fine midfielder and a superb set piece taker. Like Hamšík, what he lacks in pace he more than makes up in ability and technique, with 83 passing and 81 dribbling.

The enigma that is Mario Balotelli now finds himself plying his trade for the relatively unknown Adana Demirspor in the Turkish Süper Lig. The Italian’s career started with the utmost promise, with a prolific spell at Inter Milan before a big money move to Manchester City. His time in the Premier League was littered with ‘Balotelli-isms’, including prancing the streets of Manchester dressed as Father Christmas, handing out money to the public. His off-pitch antics, including bust-ups with multiple coaches, have prevented him from having a truly great career. However, he’s still one of the most talented strikers in the Turkish Süper Lig, with 79 shooting, 76 dribbling and 77 physical making him a powerful centre forward. His four-star skills move rating also gives him the ability to do things out of the ordinary.

31-year-old Bosnian flying winger, Edin Višća has plied his trade with Basaksehir for a decade now. With 93 goals in 338 appearances, he has established himself as one of the club’s all-time greats. If your Career Mode team is crying out for someone with raw, explosive speed and excellent crossing ability, Višća is the ideal pick. With 87 pace, 81 dribbling and 78 passing, he is an exceptional weapon for any counter-attacking team.

31-year-old Dutch left wing back Patrick van Aanholt left Crystal Palace to join Galatasaray earlier this summer. van Aanholt had seven distinguished years in the English Premier League for Palace and Sunderland. He was one of the most feared full backs for his acceleration and direct style. Although he doesn’t quite make the top Dutch players in FIFA 22, his ratings suggest he’s still no slouch with 84 pace and 76 dribbling, making him a very useful left back for anyone thinking of playing with three centre backs.

Speaking of centre backs, Fatih Karagumruk are the beneficiaries of Moroccan defender Medhi Benatia, who has been one of the most dependable stoppers in European football for a decade. Although the 34-year-old now plies his trade for a team with very little prestige even in Turkey’s domestic game, Benatia’s 80 overall FIFA rating still makes him a solid signing for anyone on a budget. With 82 physical and 81 defence, the former Juventus, Bayern Munica, Roma and Udinese defender has plenty left in the tank.