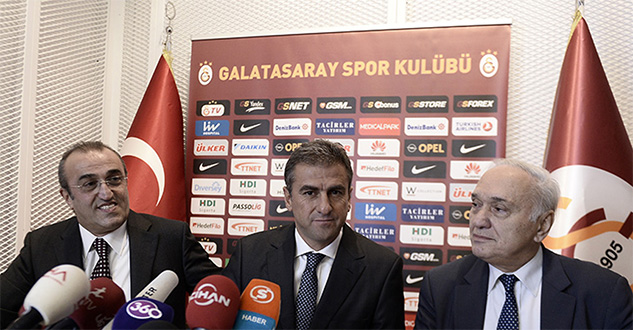 Hamza Hamzaoğlu has only been in charge of Galatasaray for five games but the Lions have already managed to score 21 goals under his command.

Galatasaray only managed 15 goals in 16 official matches under the previous manager Cesare Prandelli.

Hamzaoğlu’s side have however, conceded eight goals including four against Arsenal in the final matchday of the Champions League.

The figures are a little skewed as a result of a 9-1 win against PTT 3. Lig side Balçova in the Turkish Cup but Galatasaray have improved in the attacking third under his management.

Galatasaray also beat a Eskişehirspor side made up of youth players and reserves 4-2.

The Lions did however, beat Konyaspor who were undefeated at home 5-0 in the 42,000 seater Torku Konya stadium.

Galatasaray are currently second in the Süper Lig on 28 points and first in the Turkish Cup Group G.

The Lions have scored 20 times and conceded 15 goals in the league this season.