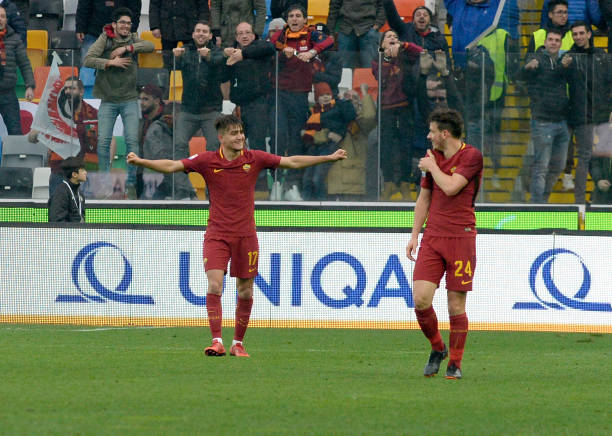 AS Roma are willing to part company with their star forward Cengiz Under according to the latest reports from Italy.

The Turkey international has been closely linked with a move to Tottenham in recent weeks while his agent has confirmed that Roma received offers for Under in January.

“Offers have arrived from aboard [Premier Leage] and Italy for Cengiz however, Roma has not accepted them,” Utku Cenikli said.

According to Calciomercatto, Roma are prepared to part company with Under at the end of the season.

Per the source, the player himself is pushing for a move to AC Milan.

However, Calciomercatto goes onto state that Roma would prefer to sell Under to the Premier League for a more lucrative fee.

Under’s progress this season has been hampered by injury however, the 22-year-old has regained his place in Roma’s starting 11 in recent weeks.

Under has 16 goals and 11 assists in 83 appearances for the Giallorossi since completing his move to the Serie A in 2017.

The former Altinordu star is expected to feature for the Turkey national team in this summer’s Euro 2020 competition.

Roma are back in action on Thursday in the Europa League when they take on Gent.