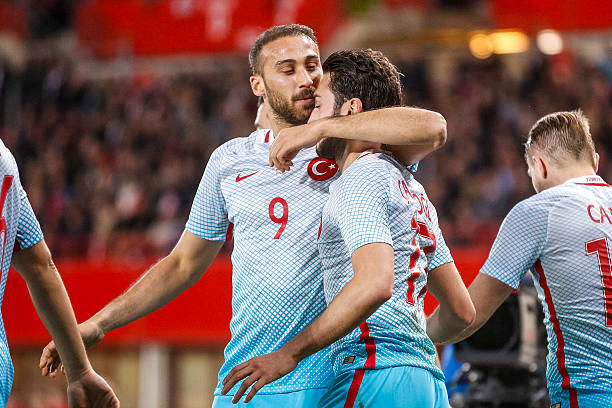 Inter Milan held Barcelona to a 3-3 draw at the Camp Nou in the Champions League Group C Match Day 4 clash on Wednesday.

The hero of the first encounter Hakan Calhanoglu who scored the winning goal for Inter started again in an attacking midfield role.

Calhanoglu provided an assist on 63 minutes setting up Lautaro Martinez who put the visitors ahead following Ousmane Dembele’s first half goal.

The home side managed to equalise on 82 minutes through Robert Lewandowski before Robin Gosens thought he scored the winner for Inter scoring on 89 minutes.

However, Lewandowski did manage to equalise in additional time.

Calhanoglu now has a goal and an assist in the Champions League this term for the Italian giants.

The draw puts Inter in a great position as they lead on head to head results should they finish on the same points as Barcelona.

The La Liga side are three points behind Inter on four points with two games remaining.

Inter face Viktoria Plzen next at home, a victory would guarantee qualification into the next round of the tournament.

In the other group game Bayern Munich beat Plzen by a 4-2 scoreline away from home.