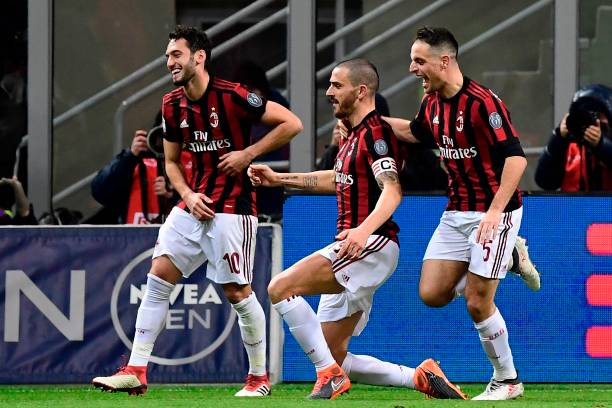 Hakan Calhanoglu could start for AC Milan against Manchester United in the Europa League Round of 32 second-leg tie at the San Siro on Thursday after recovering from injury.

The Turkey international missed the first leg at Old Trafford with injury but is set to return after making a full recovery.

Calhanoglu started for AC Milan against Napoli in the Serie A over the weekend.

The attacking midfielder has been included in the matchday squad against United and is likely to start or feature tonight.

Calhanoglu has two goals and eight assists in all competitions this season.

Additionally, AC Milan will have Theo Hernandez back, the full-back also missed the first leg but like Calhanoglu returned for the Napoli clash.

There could be further good news for the Italians on the injury front as Ismael Bennacer, team captain Alessio Romagnoli and Zlatan Ibrahimovic could all recover in time for the Europa League game.

AC Milan will be without striker Mario Mandzukic and Daniel Maldini.