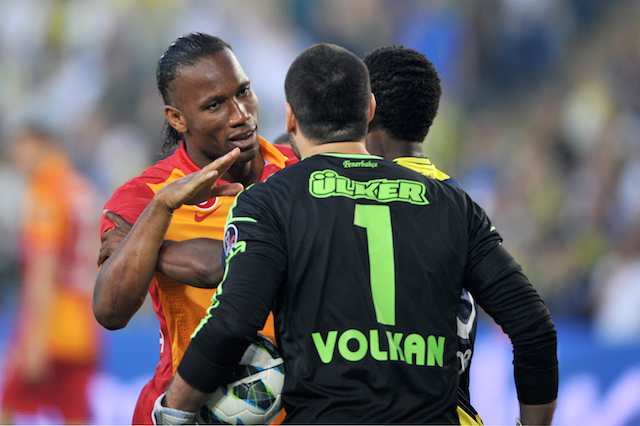 Chelsea legend Didier Drogba sent a heartfelt message out to Galatasaray manager Fatih Terim after being diagnosed with Covid-19.

Drogba posted a photograph hugging Terim alongside a caption written in Turkish.

Drogba played under the stewardship of Terim during his spell at Galatasaray.

The former Ivory Coast international won the Super Lig and Turkish Cup during his time in Turkey and is fondly remembered by Galatasaray fans.

Drogba has kept active with his Turkish following regularly reaching out to them on social media.

Terim revealed he had contracted coronavirus on Monday and was hospitalised soon after.

The legendary Galatasaray manager posted a message on his official Twitter account that he tested positive for the virus.

The Lions boss remains in hospital and is currently being looked after by health staff.

Terim is the most successful manager in the history of Turkish football winning six Super Lig titles and is the only coach to have led a domestic side to European glory.

He guided Galatasaray to the 2000 UEFA Cup title.