Borussia Dortmund dropped into the relegation zone following a 2-1 loss against rivals Bayern Munich in Der Klassiker on the weekend.

Dortmund have lost five consecutive Bundesliga games in their worst start to a season.

The German giants are without a win in their last seven league games. 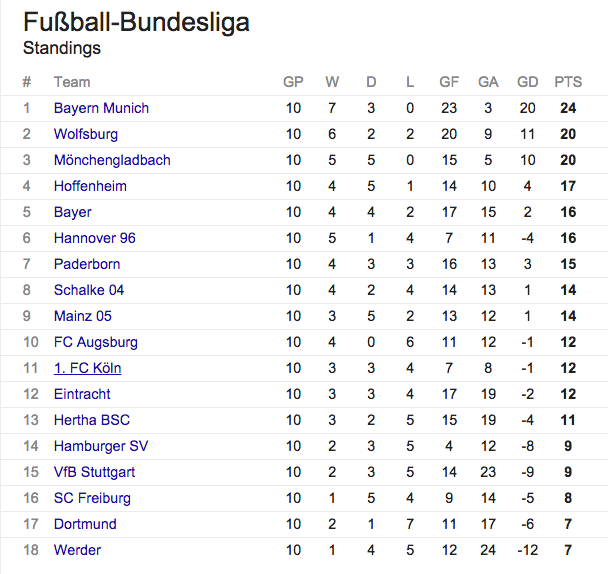 Despite an awful domestic record Dortmund have still managed to win all their Champions League games.

Dortmund are top of Group D on nine points after three games. The Bundesliga outfit have scored nine goals and not conceded once.

Galatasaray won their last league game 2-1 against Kasımpaşa in the mini-Istanbul derby.

Despite moving into second place in the Süper Lig, Galatasaray are last in the Champions League group on one point after a humiliating 4-0 loss to Dortmund in the last game.

Galatasaray face Dortmund next in Germany on November 4 2014.