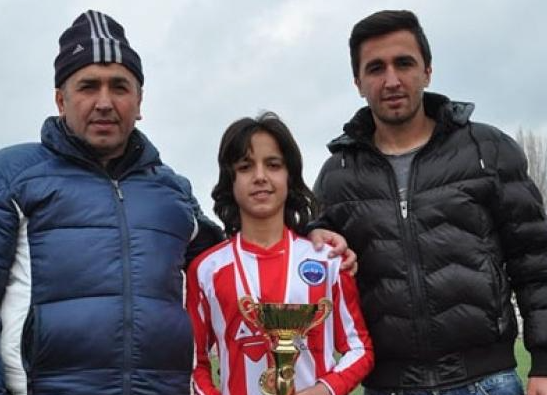 Barcelona confirmed the acquisition of Turkish wonderkid Emre Demir from Kayserispor on September 23, 2021. The Blaugrana paid Kayserispor €2 million, and his contract has a €400 million release clause. He is likely to finish the season in Turkey before joining Barcelona’s ‘B’ side in the summer of 2022. The 17-year-old has agreed to a deal that will last until June 2027.

Demir made his Super Lig debut for Kayserispor in May 2019 when he was just 15 years old. Since then, he has made 32 senior appearances for them, which is an outstanding achievement for a player who has yet to turn 18. Demir displayed tremendous calm to control the ball and then finish with terrific power to score his maiden goal in his fourth league outing. He became the youngest player in Super Lig history to score a goal at the age of 15 years and 299 days. Many people have likened him to former Barcelona star Lionel Messi in his youth because of his long hair and preferred use of his left foot.

Demir’s historic performances and subsequent move to one of the most influential clubs in the world came as no surprise if you have watched him climb through the ranks. He is destined for greatness, and you can follow his progress by betting on Turkish League matches on Betway Nigeria throughout the season.

His football career began in his birthplace of Manisa, when he was scouted in 2012 by then-Kayserispor board member Suleyman Hurma while playing for local side Kuvayi Milliyespor.

Demir’s skill was instantly apparent in his goal tally, with 49 goals in 49 games for the club’s Under-14s team, followed by 10 more goals at U16 level on his way to all but skipping the U17s and reaching the first-team group.

He did, however, receive his first taste of life in Barcelona at that period, as the Spanish powerhouse took him on trial in 2017, albeit they were unable to sign him owing to Demir’s age of 13 at the time.

Speaking after the Barcelona move, Demir couldn’t hide his joy. “I went to Barcelona’s academy and stayed there for two weeks. I really liked the atmosphere there and made a promise to myself: ‘I will come back here one day and wear this jersey. Now I am very happy that my dreams are coming true.”

So, how will the young Turk adapt to the Barcelona playing style? Even if he just spent a fortnight at the Barcelona academy, his style of play shows he has La Masia DNA. His first touch, the exceptional vision of the game, dribbling skills, and ability to find himself in strong goalscoring positions all point to a bright future. Keep up with Betway for updates of all leagues around the world.

Demir himself has mentioned Turkey and Lille No.10 Yusuf Yazici as a player he watches and learns from, but flashes of Messi are evident.

Naturally, there are areas to improve, most notably his endurance and physical strength, which he will require if he is to move backwards to become a deep-lying playmaker, as some suggest.

However, similarities to RB Leipzig attacker Emil Forsberg and ex-Argentina playmaker Pablo Aimar have already been drawn. Meanwhile, Betway will keep open markets for wagering all the top leagues across Europe and the rest of the world.