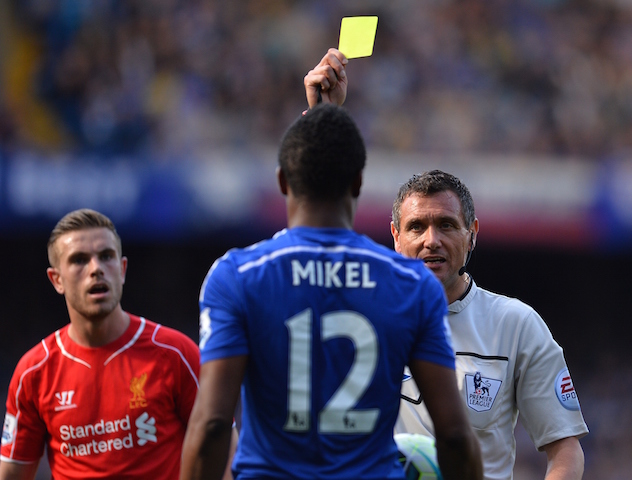 John Obi Mikel has had his Trabzonspor contract terminated through mutual consent the club have confirmed.

The following statement reveals the details of the latest development.

Mikel will not be paid compensation and has agreed to give up all forward-looking rights and receivables. 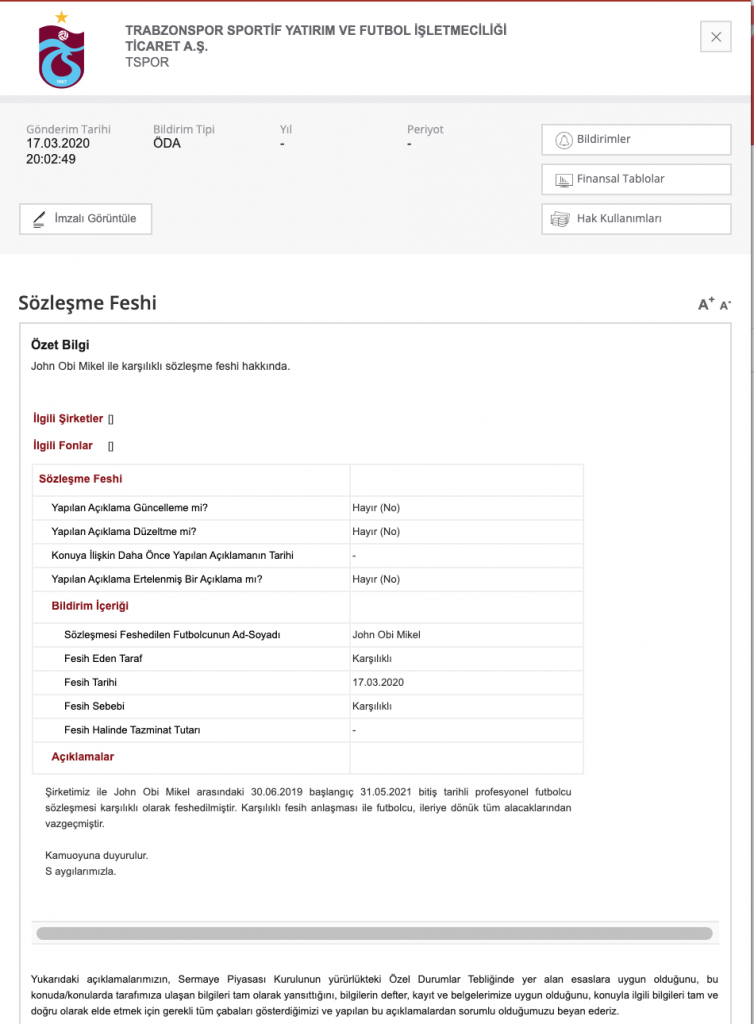 The midfielder’s contract would have run until 2021 had he stayed on at Trabzonspor.

Mikel publically criticised the decision for Super Lig games to go ahead over the weekend amid the coronavirus outbreak.

The 32-year-old posted a message on Instagram that he does not feel comfortable playing in the current climate.

Trabzonspor did not respond to the statement but Mikel did not feature in the league game against Basaksehir on Sunday.

Mikel is expected to return to England with his family.

The former Nigeria international’s family were raised in London during his 11 season spell at Chelsea.

Mikel won every domestic title, the Champions League and Europa League at the Blues.