Tosun suffered a serious knee ligament injury earlier this week and has been ruled out for the remainder of the season.

The Turkey international was on loan with Crystal Palace however, the loan has been cut short and Tosun has returned to Everton to continue his treatment.

Both Gundogan and Tosun were born in Germany and are of Turkish descent. 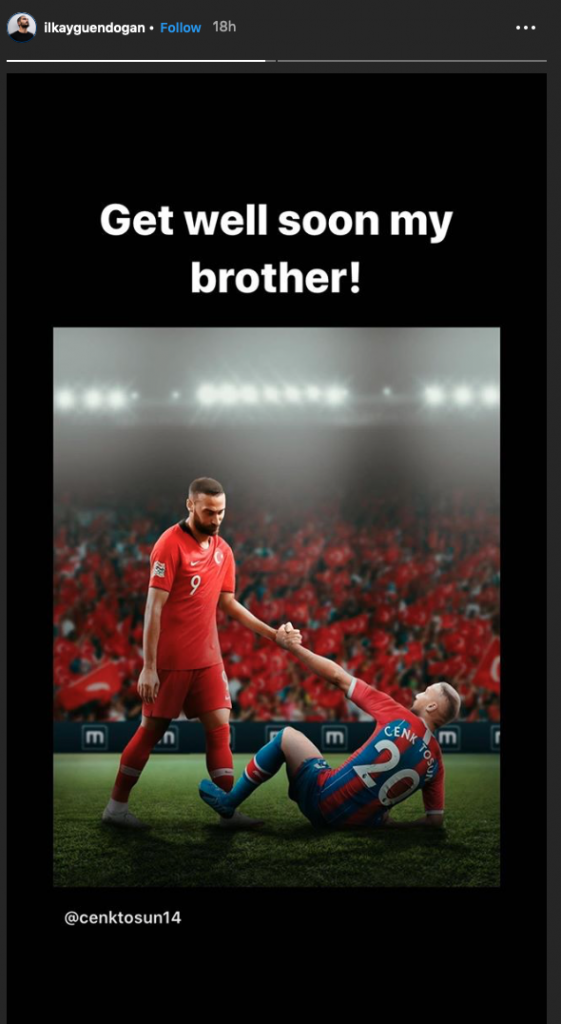 Euro 2020 kicks-off in June when Turkey take on Italy in Rome.

Gundogan has been on impressive form for Man City lately and helped his side lift the Carabao Cup last weekend.

Pep Guardiola’s side are back in action this weekend when they take on their bitter rivals Manchester United.